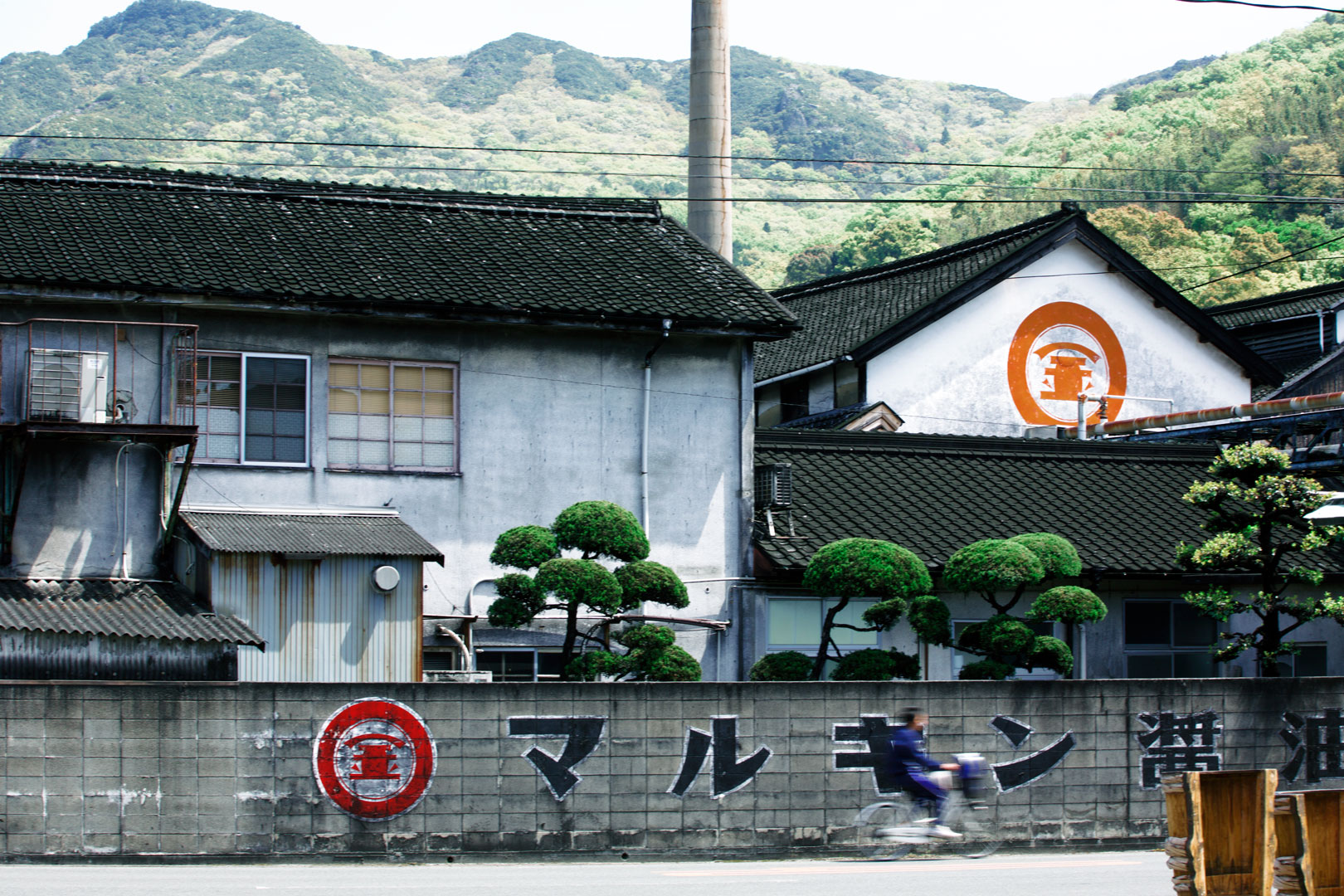 It could be part of a film set for another Orwellian story: the Marukin soy sauce brewery (マルキン醤油) on Shodoshima (小豆島) in the Seto Inland Sea of Japan. Apart from the striking bold red company logo on the facade, it’s a black patina on buildings and plants, which attracts your eyes the most in a stunning contrast. But not all black is from the same origin. Some walls consist of charred wood, referring to the ancient Japanese technique of Shou Sugi Ban, which is deeply rooted in the region. This burning of the planks leads to resistance against weathering, UV rays, bugs and pests.

This black coating directly connects to soy sauce production. It’s bacteria, which collects in and around the factories during the brewing process. Together with yeast it ferments the soy sauce in a century-old natural manner. Shodoshima boasts a rich heritage in terms of soy sauce. It’s strategic location in the Seto Inland Sea meant all the – locally unavailable – ingredients could be imported easily. The same can be said about shipping the finished goods around Japan.

This post is part of a series aside of the Setouchi Triennale 2016 artfest. 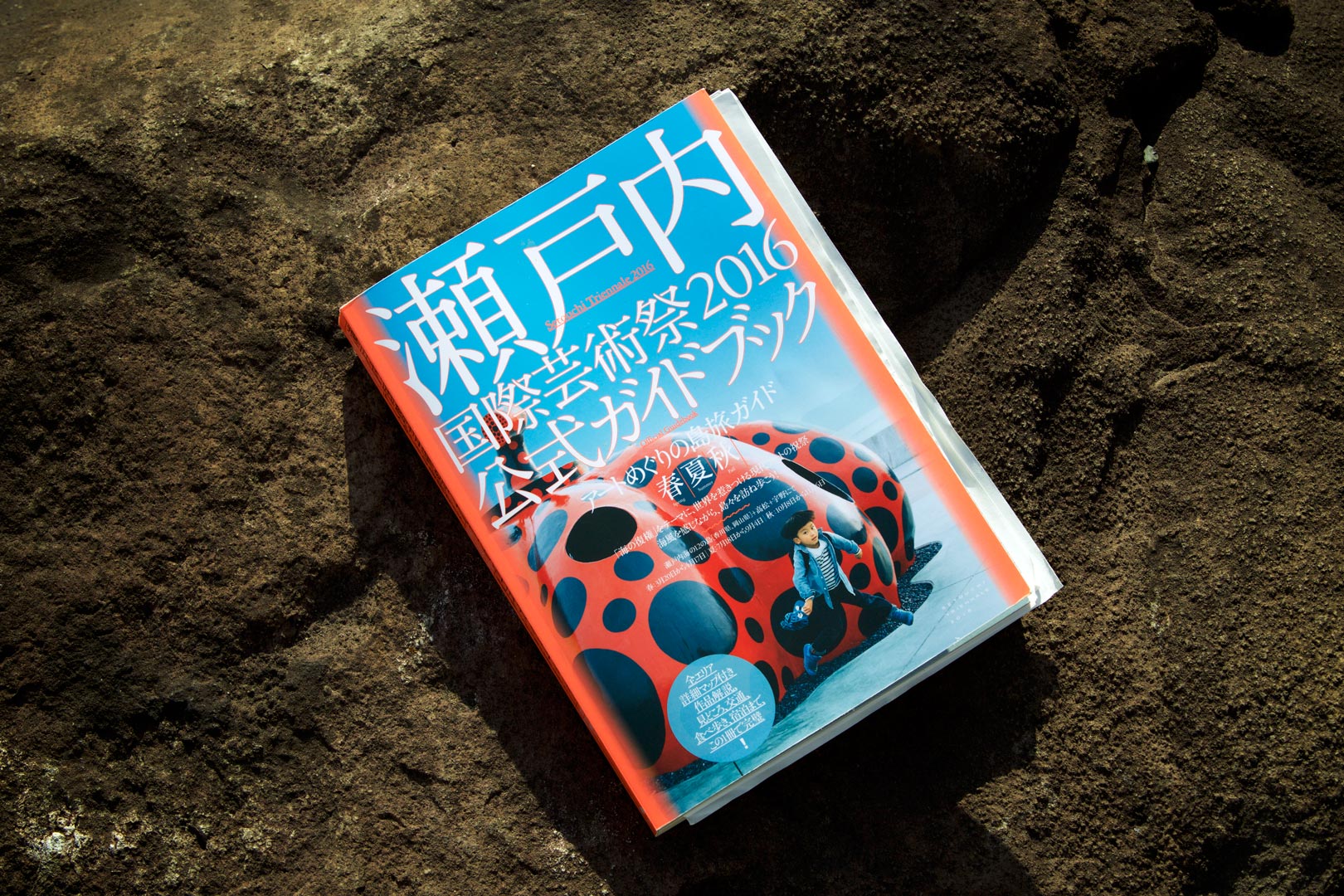