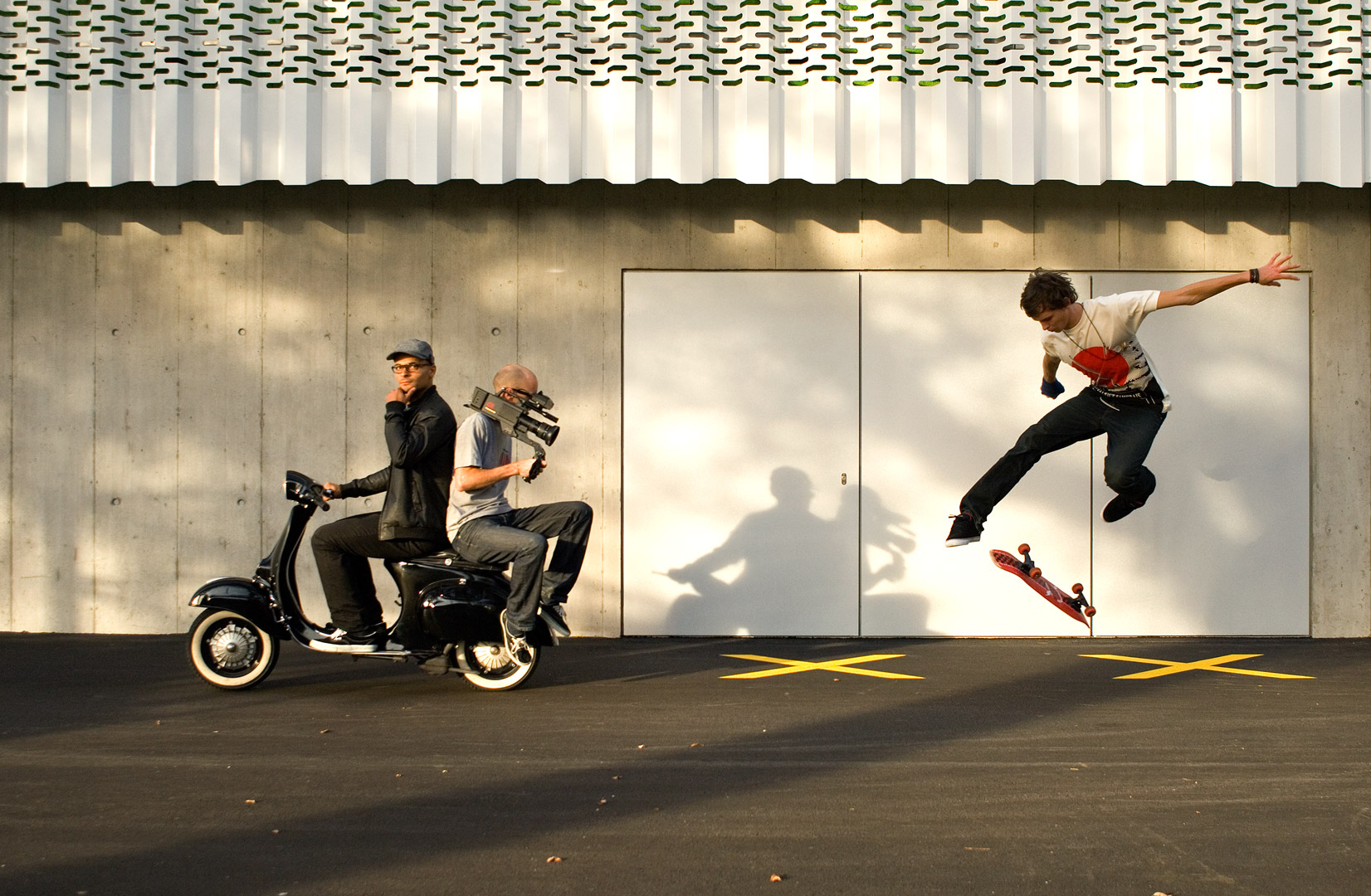 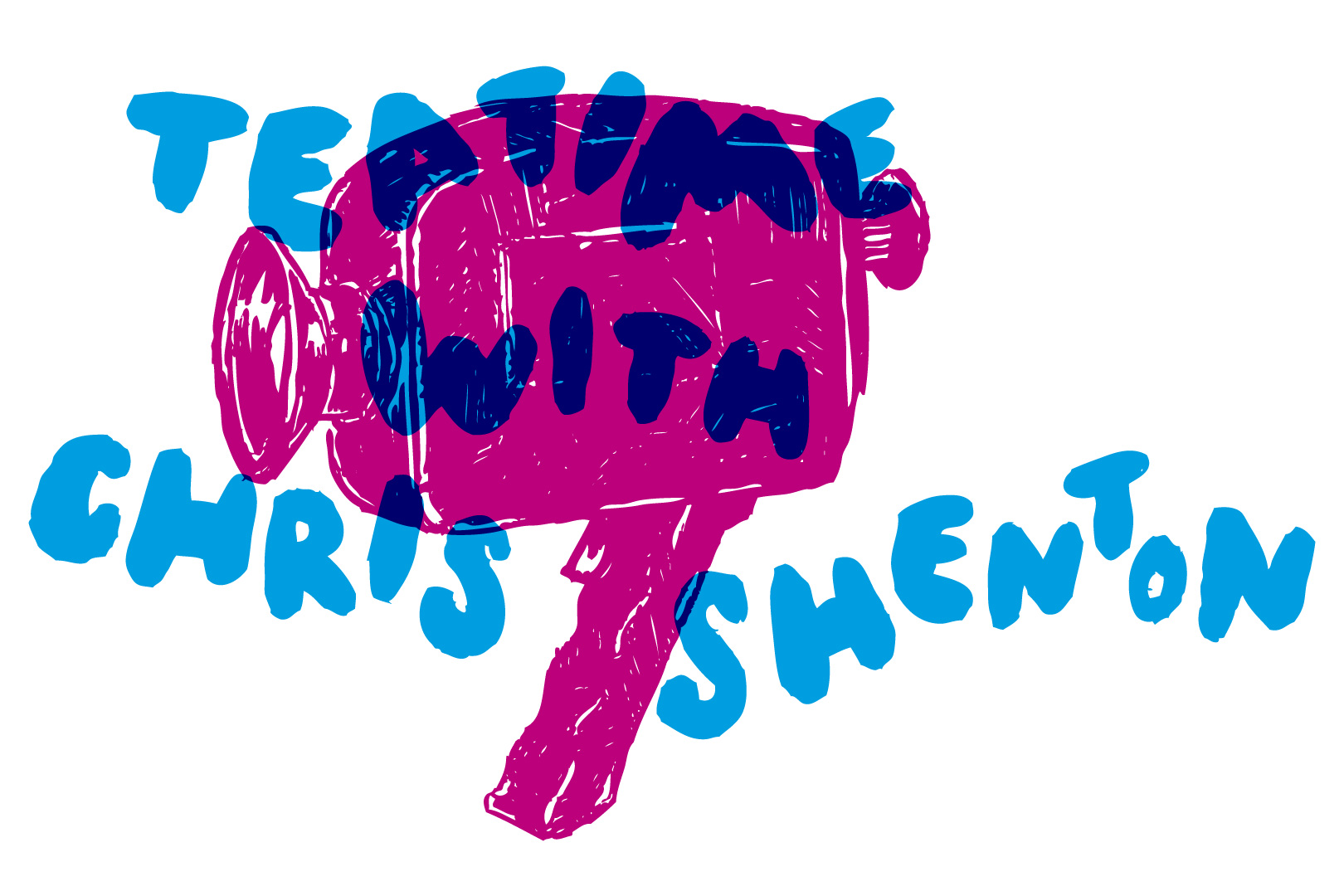 Chris “Mr. Blacktea” Shenton moves, motivates and creates already over 15 years in and around the Swiss skateboarding scene. From VHS tapes and DVD to the current YouTube age we always get from him new spots, tricks and faces on our screens. His engagement can be seen currently at  The 5th District Skateboard Co. There he mainly takes care of the website and all the filming from A-Z. Blackout was able to chat with Mr. Blacktea on one of their filming weekends for the upcoming 5th District anniversary production and watch over the shoulder during his work! 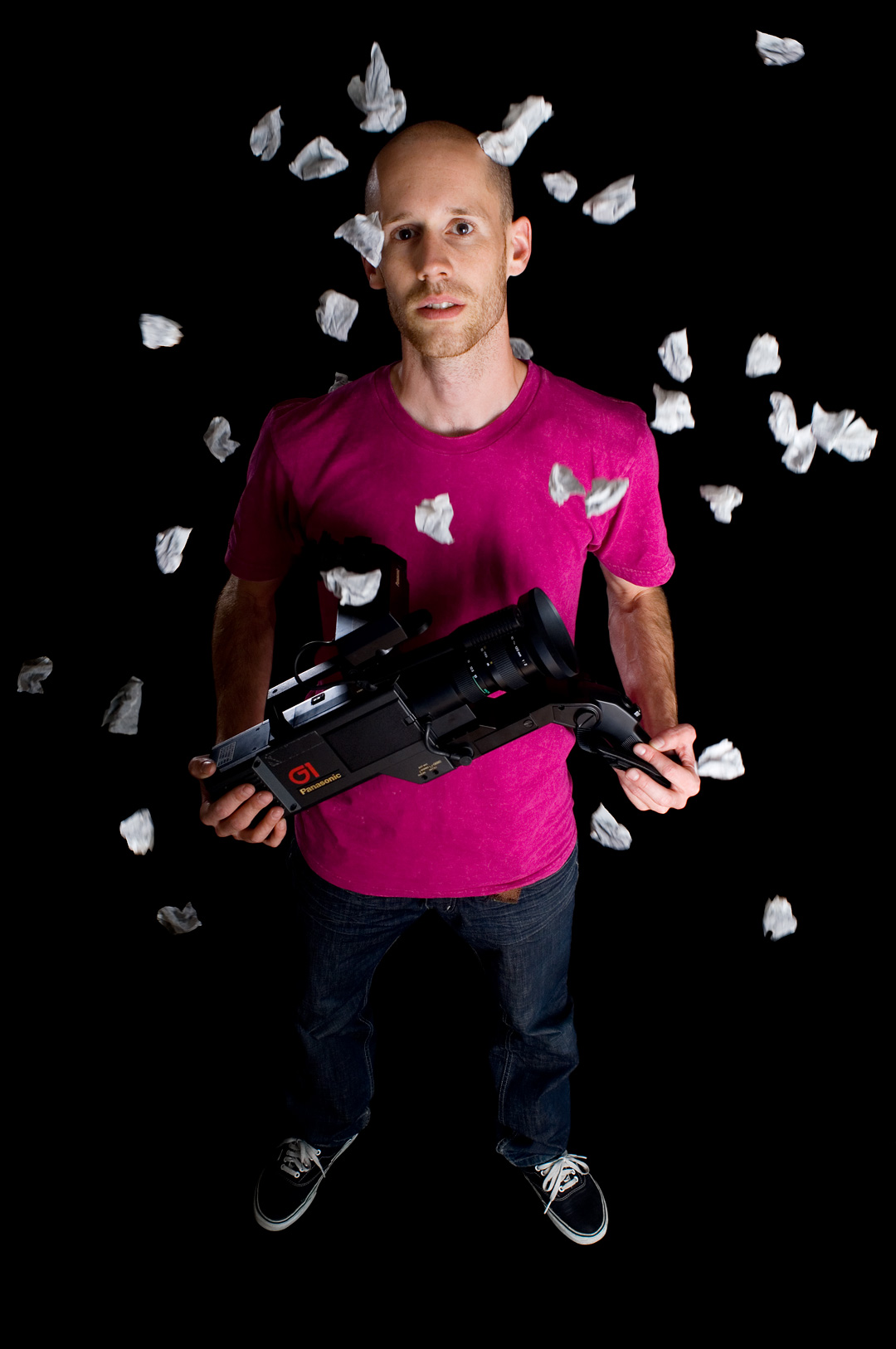 When was the first time you looked through a viewfinder of a videocamera and how did that come about?

That was about 1993. I bought myself a SuperVHS camera from Panasonic then. At that time I was already very much interested in skate videos and quickly wanted to do something on my own. There was so much inspiration and talent around: Goran Arnold (Food skateboards and later on Saison video magazine) and most of all the Winterthur skate scene.

A particularly formative experience in the first years?

When I saw some Quicktime clip for the first time on a Macintosh – although there where still only black and white screens. But seeing a moving image on a computer knocked by socks off! These days you can watch video ads at the pissoir.

Compare equipment then and now?

“My phone is also a videocamera”: Filming videos and editing is a popular sport nowadays. Back then the combination of a young skateboarder with a respectable camera was rather exotic. Only interested family guys or filming professionals had gear like we did. There were not any computers for processing at home yet, only VHS machines for tape-to-tape edit. The tens of thousands of Francs for video software could only be afforded by bigger companies. 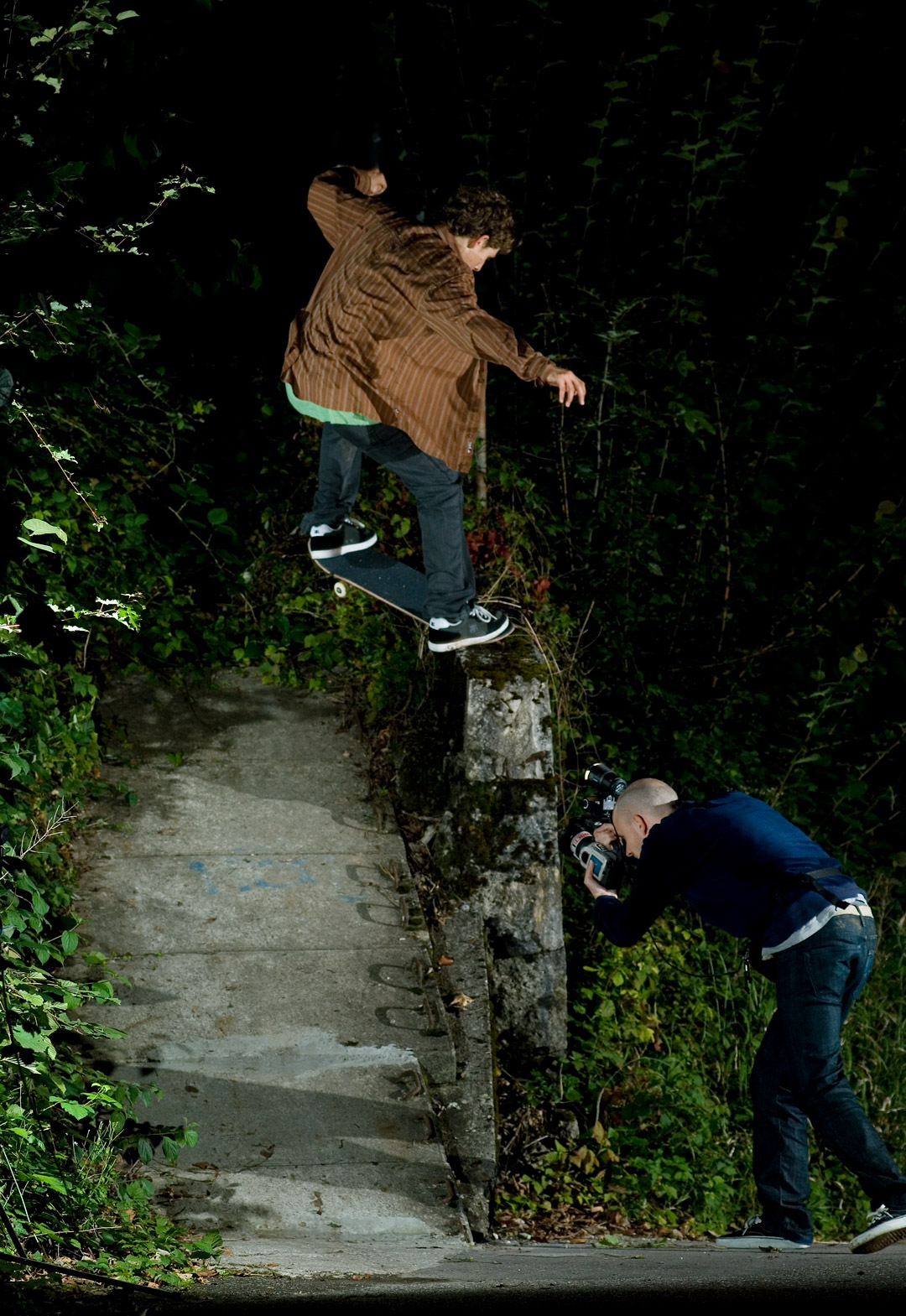 What should you especially keep in mind filming skateboarding? Particular settings, points of view?

Please clean the lens – there is nothing worse than recordings with dust and other muck on the image! Then I would try not to mount the fisheye lens first things everywhere. If you free yourself from it the proper creative filming work begins. Last but not least I think that a filming board with soft wheels should belong to any decent set of gear.

Are there any skateboard films which especially influenced or shaped you?

Public Domain by Powell Peralta was way ahead at the time in terms of quality of production. Then I found access to raw NYC street skating with Eastern Exposure 3. Finally the Alienworkshop films also count to my favourites. Always a little more than just skate action, more like complete artwork.

What do you prefer, a spontaneous filming and skate session or a planned trick mission?

Both. On the condition that I get home with good results!

What is the credo “Tour de Ville” for your next video (note: “The Quick Brown Fox”) all about?

That was once a working title for the new 5th District video. Shiloh Greathouse told that aptly on the “First Love” DVD. The path is the goal. The entire city is one big spot and when you cruise around you can find all sorts of things to skate – I like that. I guess I just went too many times from school ground to school ground by car.

How do you cope with setbacks like broken cameras, lost footage or crashing hard drives?

You can never be paranoid enough! Hard drives are to be mirrored, tapes immediately logged and for destroyed cameras skateboarders have insurances.

What is your stance on ABDs (already been done), BGPs (background props) or too many seen spots? Do you pay attention to such factors?

Well, in principle I watch on YouTube who did what where and then go out and film exactly that too. As soon as the trick is stood I scream “YEAAHHH” into the camera, let it continue to roll and add a bro hug with the happy skater.

What are the origins of the name Mr. Blacktea?

My father comes from Stoke-on-Trent in England. There you drink (black)tea day in day out. Furthermore, Robbie Williams and the captain of the Titanic come from this hole.

Closing words or rather “credits”?